Last summer, I spent 16 days in Central America and subsequently accepted a position as HOI‘s board chair for economic development. Since that time, I have been working to come up to speed in an arena where I had zero prior experience. Thankfully, with HOI there are amazing people with 25 years of in-depth experience who would love nothing more than to share it. 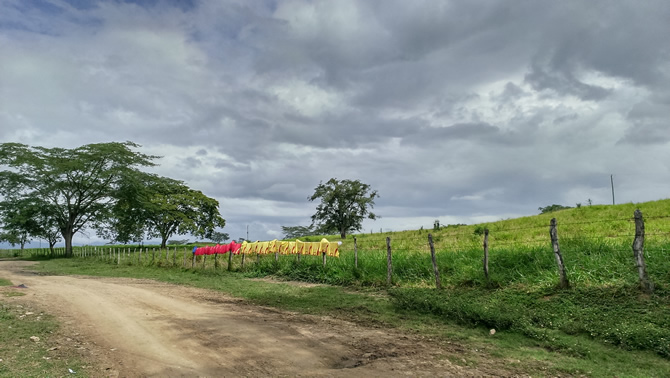 We arrived at the Ranch on January 9 and over the course of the next five days visited nine different villages to work with them on their plans for micro-enterprises:

In each village, Eriberto Rivera, our Economic Development Coordinator, presented them with the plan they had worked on previously, went through the report page by page to remind them of their goals, and then let them discuss what progress had been made so far. We saw an amazing gamut of plans: egg-laying operations, pork producing, ceramic tiles, and small stores just to name a few.

Some villages were very far along — a couple of them to the point where there was nothing they needed from us at this time. Other villages were making slow progress, but still seemed to be moving forward.

Only one village wasn’t making any progress at all, and they quickly admitted that they probably wouldn’t. They were a great example in contrast between how organizations like HOI work and how we’re tempted to work as North Americans coming into situations like this. Read Toxic Charity for complete details, but the essence is that too often our good intentions, rather than helping those who need help, diminish their dignity and increase their dependency.

That’s what we saw in this village. It was easily the most affluent that we visited, apparently because they receive a steady flow of donations from another organization. As a result, the people weren’t motivated to work or further improve their situation. I would be the same way.

It quickly became clear — and was confirmed throughout the week — that Eriberto is amazing. He handled not only the easy, positive meetings, but also the ones that didn’t go so well. He was able to adjust seamlessly on the fly with seemingly no effort at all. Meeting after meeting, I was just blown away. What an amazing asset God has blessed us with in him. The micro-enterprise portion of our efforts is in tremendous hands.

Why am I here?

In the midst of all my trips last summer, Christianity Today quoted Jenna Lee Nardella in “33 Under 33“:

Through Blood:Water, I get to be in the broken places where suffering and joy meet. Because of this work, my faith tends to be an active, broken, and constantly winding journey of simply trying to follow Jesus’ example of love.

Man, that hit me right where I was. These trips have been a continual cycle of pain and realization as things I have believed most of my life get tested in the real world. This trip was no exception.

Another mission group arrived at the ranch while we were there. No one but the leader had ever been in a place like this, and as we talked to them about what they were looking forward to, one of them said, “I can’t wait to get to the village and tell them about Jesus.”

That bothered me, but what bothered me most was that I couldn’t figure out why it bothered me. I mean, what was wrong with that, right? I took me several days to finally figure it out.

My first realization was that it called into question what I had been doing up until then. At no point during our village meetings or in our discussions afterward did this concept ever come up. Oh, man. Should it have?

That led me to analyze why I was here in the first place — something I had never stopped to consider. Is creating followers of Jesus our sole purpose? Is that the agenda? Is everything else just a means to an end?

All authority in heaven and on earth has been given to me. Go therefore and make disciples of all nations, baptizing them in the name of the Father and of the Son and of the Holy Spirit.

The Son of Man came to seek and to save the lost.

I grew up in a tradition where these were our highest goals — so much so that they had become our only goals. Only in the last few years have I started realizing just how much Jesus’s methods differed from ours.

As I read through the Gospels independently, one of the things that struck me was how often Jesus ministered with no apparent agenda. Healing after healing was performed with no “presentation of the Gospel” or even the handing out of a tract. (I’m not going to lie, my first reaction was “Man, he missed a lot of great opportunities.”) He ministered to hundreds, maybe even tens of thousands, knowing that virtually none of them would ever follow him. Why would he do that? What a seeming waste of time for someone who had less than four years to accomplish his goals.

I think the answer lies in his response to a question about what was the greatest commandment. He answered:

It was the same answer he gave when someone else asked, “What shall I do to inherit eternal life?” In that instance, the man probed further and asked, “Who is my neighbor?” Jesus responded by telling the parable of the Good Samaritan. 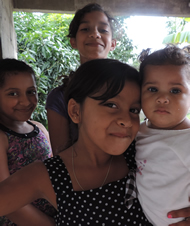 God has made the people of Honduras and Nicaragua my neighbors. My responsibility is to love them just as I love myself. In this particular situation, at this particular time, that means working with them and for them to develop economic opportunities.

There are amazing organizations like Cafe 1040 working in contexts where people have never heard of Jesus. It’s different there. The people I’ve worked with so far, though, don’t need to hear about Jesus any more than my friends in America need to hear about Jesus. They’ve heard plenty of words about Jesus that don’t come accompanied by action. What they need is to see Jesus lived out — to see love like Jesus loved. When that happens, everything changes.

Maybe the best way I’ve ever heard it put is by the folks at The 410 Bridge: “We want them to hear the music of the Gospel so they’ll want to listen to the words.”